The French Circular Economy Institute and its partners – Citeo, Recommerce and Tarkett share in a position paper a common vision on circular economy issues for the environmental council of the 4th of October and the next Commission work programme for a “circular economy 2.0” : 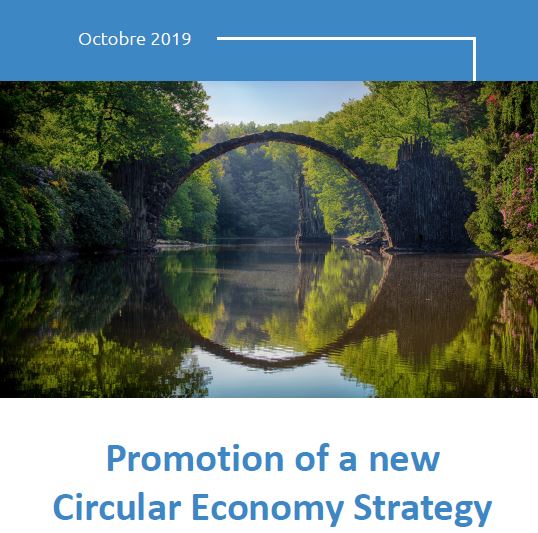 Indeed, in a context of increasing uncertainties caused by climate disruption, European priorities must be defined to effectively address emerging environmental and social issues. Among those priorities, we do believe that the development of circular consumption and production models are key factors to combat the effects of climate change and should be pushed forward during the next Environmental Council.

Today, the focus is still on lowering direct emissions caused by the energy, transport and industry sectors. However, and while research indicates that optimising the use of resources can generate significant climate change benefits, little mention has been made on the undeniable contribution of circular economy to the reduction of GHG emissions. We recommend creating a stronger link between the circular economy and climate change policies whilst continuing the work already started by the European Commission in this area.

Therefore, the Environmental Council to be held on October 4th is a key opportunity to set a new European agenda on circular economy, in the context of the upcoming European Green Deal announced by President of the European Commission Ursula von der Leyen and Executive Vice- President in charge of the European Green Deal Frans Timmermans. As a contribution for the environmental council of tomorrow and the preparation of the Commission work program for the next mandatory regarding circular economy issues, ten concrete actions are presented in the position paper that can be implemented to really close the loop of circular economy :

The 4th of October, the Council adopted detailed conclusions aimed at accelerating the transition to a circular economy. Environment ministers unanimously agreed that further ambitious efforts are needed to stimulate a systemic transition to a sustainable society.

« Over-consumption, global warming and biodiversity loss are different aspects of the same problem. The circular economy offers solutions. A value chain approach and life-cycle thinking can help us rethink our economies in order to move towards a climate-neutral and equitable society. »

Krista Mikkonen, Finnish Minister for the Environment and Climate Change